We have our own servers, yet we still choose the cloud

We are probably all well aware that the last year - the "covid period" - has brought us a small digital revolution, which has manifested itself literally in leaps and bounds. Just over the last year, many product companies have been tested for flexibility and the ability to adapt to changes in the market.

The use of state-of-the-art technologies by companies is now a necessity rather than an option if a company wants to keep up with the market and the competition. It is not enough to have just a good product, it must be followed by flexible technology, thanks to which the company can adapt to new conditions and constant changes. A significant trend in recent years is the use of public cloud services – these technologies have provided a solid foundation for many successful companies (eg Netflix, LinkedIn, Airbnb, etc.). We can find a successfull company also in Slovakia, a fine example is a spin-off Aliter Technologies – today an independent company MONSE, which successfully managed the migration from its own servers to the cloud.

JOURNEY TO THE PUBLIC CLOUD

Some time ago, Aliter Technologies came up with the idea for a system that could monitor a senior living alone in his own home without compromising his privacy. The entire development and testing of the prototype took place in its own environment, on its own servers within the company. However, before the actual launch of the pilot operation, a point was reached where it was necessary to decide how to ensure a possible expansion of the IT infrastructure. Of course, there was also a requirement for dynamic scalability during the transition to production operation. As it was a new product and the estimate of commercial success was really difficult to predict, it was necessary to take into account the possibility of a sharp increase in users, but also the opposite scenario. Such conditions placed high demands on scalability, flexibility and optimization of operating costs. The solution had to be able to handle the onslaught of user growth by rapidly adding additional resources with the expected growing demand for the product. On the other hand, if demand were insufficient, excess unused resources would increase operating costs, and it was therefore extremely important that changes could be responded to quickly and that only the resources really needed were used.

After a thorough analysis, a decision was finally made and the entire system migrated to the public cloud, where it began to use cloud infrastructure services (IaaS – where the service provider takes care of the hardware), but also containerization (CaaS). CaaS services (used to manage container applications, in this case Kubernetes) have great added value for the system, as with the growth of the number of users and the addition of new functionalities, high flexibility and dynamics of adaptation to new requirements are required.

The operation of MONSE in the cloud brought a number of benefits and made it possible to launch a new product on the market cheaper than it would be in the case of operation on its own servers. The cloud business model, when you only pay for what you use, is especially suitable for new products and start-ups, especially because with the growth of the number of users, there is no need to invest in your own infrastructure, buy and increase resources. As soon as there was increased interest in MONSE, cloud capacity was increased in a few minutes. In the case of own hardware, additional components would need to be purchased and installed, which can take several days to weeks. The key advantage was lower initial costs. With each increase in capacity, costs increased, but such an increase was due to an increase in demand, and so costs increased along with increasing sales. From the point of view of system operation, the cloud environment made it possible to dynamically add new functionalities using agile methodologies and DevOps tools. The switch to the cloud also gave the system a higher level of security. At the same time, the team itself was relieved of many operational activities, such as environmental management, regular updating of ICT infrastructure, cyber security activities, repair and maintenance of hardware devices and many other activities.

WHAT TO LOOK OUT FOR WHEN MIGRATING INTO CLOUD

Custom migration to the cloud is always more difficult and needs to be approached correctly from the beginning. Efficiency must be taken into account when choosing a cloud operator. The types of services of individual providers are very similar and usually you can find the equivalent of the service of one provider with another. However, it may happen that a service is not offered by the provider. In this case, if you decide to re-analyze the services of another provider, it is very likely that in a short time, the original provider will already include the service in the offer. It is also important to think ahead when choosing between IaaS and PaaS. It is not always good to be guided only by the price and choose the cheapest solution.

Flexibility is often more important than the price of the service. During operation, it is very important to properly monitor the service – to avoid unwanted outages during scheduled maintenance by the provider, overpayment for running unused resources etc. In terms of costs, keep in mind that you use the provider’s services. Any additional service is always charged. Therefore, you need to have an overview and properly set up the services you use. The tools and know-how provided by Tidal Migrations were a great benefit. In 2018, Aliter Technologies expanded its operations and competencies with a capital injection into Tidal Migrations, a specialist in cloud migration and cloud environments, providing a platform for a simplified process of migrating IT infrastructure and applications to the cloud. Based on the knowledge gained and lessons learned from the first migration, the MONSE team is already able to easily create a new environment in the cloud significantly faster and efficiently operate the system. 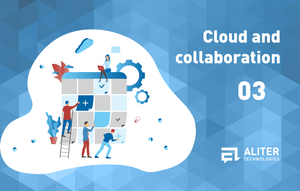 February 26, 2020
Task management tools are a useful solution for te...

Managing project tasks is a challenge. 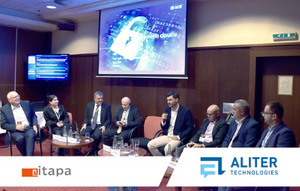 ITAPA Congress is the biggest event in Slovakia dedicated to the IT in Public Administration.

On 21st of March 2019, we participated at Cloud Day Prague conference, where Google presented news provided on Google Cloud Platform. 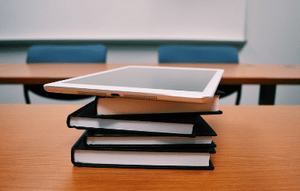 The school year begins and brings the topic of how to educate yourself effectively. Cloud technologies provide a variety of fun ways to learn, for ...