In the tradition of supporting charity projects, Aliter Technologies participated in cooperation with the Canadian Embassy on one of the oldest beneficial events in Slovakia - the Charity Christmas Bazaar.

The event is annually organized by the International Women’s Club of Bratislava in cooperation with the Ministry of Foreign and European Affairs of the Slovak Republic, the Bratislava Municipality and the embassies residing in Slovakia.

The Christmas Bazaar for charitable purposes celebrated its twenty-sixth birthday on Sunday, November 26, 2017. The most important beneficial event of the international and diplomatic community is traditionally visited by about four thousand visitors. 33 countries, four non-profit organizations, three international schools and two charity clubs took part in it this year. The bazaar was opened by the mayor of Bratislava, Ivo Nesrovnal, and the event was also supported by Miroslav Lajčák, the President of the United Nations General Assembly and the Ministry of Foreign and European Affairs of the Slovak Republic and by the ambassadors and diplomats working in Slovakia.

Aliter Technologies has helped to organize the Canadian table and to aid its participation in the event. The company’s volunteers assisted with selling the traditional products of this country, and Aliter Technologies has supported the bazaar with a prize for the charity raffle as well. KOUN, one of Bratislava’s most popular ice cream parlours, has also joined our efforts. 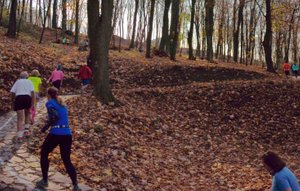 November 10, 2018
Running with Aliter beyond the “HoryZonty”

Aliter Technologies is constantly “in the run” and after the iconic Stefanik Trail run we went up north to support a running event organized by the... 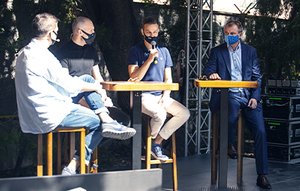 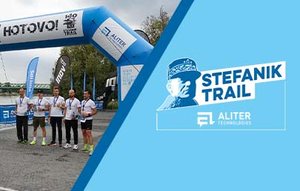 This year’s STEFANIK TRAIL was marked by success.