The Senior Monitoring Project was established 3 years ago. “My father died. Mom lives alone, is self-contained, but does not want to move in with any of the children. We were worried about what was happening to her when she was home alone,” explains CEO Aliter Technologies Peter Dostál, the reason why he started to develop a system of senior monitoring. “I started looking for a system to monitor the elderly. I did not find anything suitable solution on the market at that time, therefore I decided that this is something we [in Aliter Technologies] will try to program,” added Dostál.

“We designed the system for two years. We had to take into account the fact that seniors are not so skilled at using mobile technology. For example, they will forget mobile phone at home or will not charge it, “explains Aliter Technologies’s CEO,” so we incorporated a tracker into the MONSE system, which the senior use as a keyring. Tracker watches the movement of a senior outside the house. We chose a tracker in the form of a keyring because the man always takes the keys with him when he leaves the apartment, ” he added.

MONSE solution is a series of motion sensors incorporated in a senior’s apartment or house that track his or her behavior without interfering with privacy, and installing a controller and SOS buttons. Motion sensors collect information in the apartment and send it to the cloud, where application logic evaluates behavior. “We monitor two states within the MONSE system. Whether a senior is active or passive. For example, a critical situation is when a senior has not left the bathroom for more than two hours, which may mean that he has fallen or slept in the bath,” explained project manager Roman Noskovič. “When a non-standard behavior happens, the system sends a notification in the form e-mail or text message.” MONSE is currently being tested by 20 volunteers from seniors. 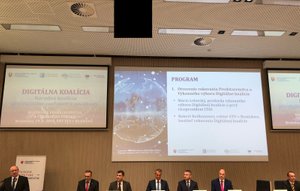 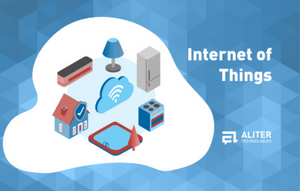 March 31, 2020
Connecting electronic devices to the Internet will...

This is how the Internet of Things (IoT) works.

Useful applications make trip planning easier. They will help you find and record your route or find the nearest playground. 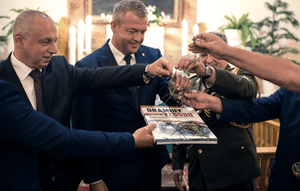 Aliter Technologies financially supported the publication of The Moments of Resistance in the districts of Považská Bystrica, Púchov and Ilava.