As a company we are dedicated to supporting book publications.

The company is dedicated to supporting book publications mainly with military theme. We have supported several publications, for example: a book dedicated to the soldiers who tragically died in the most serious accident in the history of modern Slovakia in 2006 near the Hungarian village of Hejce; a book on the life story of Major General in retirement – one of the heroes who during the WW2 participated in the greatest success of the 311th MS. British Royal Air Force (RAF) Bomber Squadron; a book co-authored by a direct participant of the Slovak National Uprising, which aims to strengthen young people’s pride in their ancestors’ fight  against fascism, thus contributing to historical awareness and national pride; and finally, the fairy tale book The Prince and the Beauty of the Earth, in which it is possible to find fairy tales in Slovak and English from more than 30 countries in which Slovak soldiers operated. The copy was handed over to us by Mr. Gajdoš from the Military Support Foundation.

Our goal is to pass the information to the young ones. 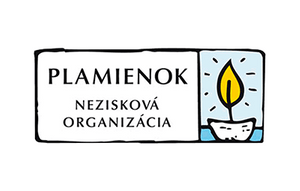 We are committed to supporting the non-profit organization Plamienok, which seeks to help the terminally ill children and their families.

As a company we honor the sacrifice of others.

Our employees regularly donate blood to those who need it.