The highlight of the 16th annual ITAPA, the Autumn International Congress of ITAPA, took place on the 14th and 15th of November 2017 in Bratislava, and Aliter Technologies has once again been a partner of the event.

Our company was represented by Tomica Paovic, the leader of two UNDP (United Nations Development Programme) teams in Montenegro (Democratic Administration, and the Economy and Environment – Centre for Sustainable Development), who was there to present the successful reforms and innovations in information and communication technologies implemented in Montenegro, which are the result of a cooperation with Aliter Technologies.

For more than a decade, ITAPA (Information Technologies and Public Administration) events have been giving new impetus and providing inspiration for the Slovak eGovernment on a regular basis. In its sixteen years, ITAPA has become one of the main congressional platforms of the IT community in Slovakia, creating the ideal environment for the IT community to discuss the direction of digitization.

The patronage of events is usually provided by a senior government official, or by a head of various institutions. The 16th Autumn Congress was opened by Peter Pellegrini, Deputy Prime Minister for Investment and Informatization. Three other national representatives of the state administration of Visegrád Group took part in the conference along with him. This was the first time that all the main representatives of V4 computerization, digitization and eGovernment were brought together in one place.

On the 14th of November, the visitors of the congress could also meet former US Army General John Davis, the Vice President and Federal Director for Security for Palo Alto Networks, where he is responsible for expanding cyber-security initiatives and global politics for the international public sector and helping governments around the world to prevent successful cyber-attacks.

March 16, 2018
Aliter Technologies has become a partner of SecTec...

This year, our company has joined the ranks of the partners of SecTec Security Day 2018, the largest conference on IT security in Slovakia. SecTec ... 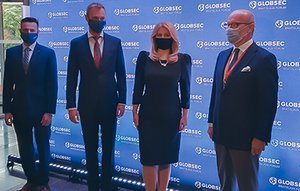 October 7, 2020
A unique system oversees the security of the Globs...

In addition to the police, a unique monitoring system oversees the safety of hundreds of politicians, diplomats and presidents, which monitors and ... 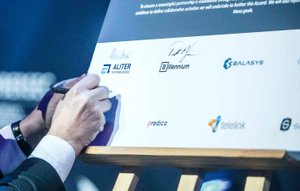 Among other leading global companies, Aliter has also joined the Cybersecurity Tech Accord platform. The aim of this group is to protect and empowe... 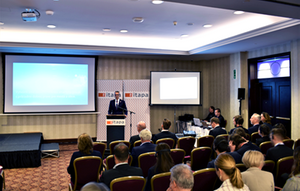