EN
Home / News / PR: Hackers attacked Twitch, leaking all source code and creator payouts. According to the expert, Slovaks may also be among them
Press
2021-10-11

PR: Hackers attacked Twitch, leaking all source code and creator payouts. According to the expert, Slovaks may also be among them

The popular platform for streamers Twitch has been attacked by hackers, and according to the expert, other attacks are also imminent. According to him, the publication of the entire source code can help the competition in particular, but also potential other attackers.

The global Twitch platform, which is used for live streaming of video games or eSports competitions, has experienced a massive hacker attack. Hackers anonymous published the entire source code of the platform, which is owned by Amazon, and the creators’ salaries were also published. “Slovak creators are most likely among the leaked payments of creators,” said Daniel Suchý, a cybersecurity expert from Aliter Technologies.

After a massive outage of Facebook, Instagram or WhatsApp, this is another problem of one of the technological giants in a short time. According to a cybersecurity expert, further hacker attacks on this platform may follow. “Publishing the entire source code can help not only the competition, but also hackers who look for code vulnerabilities and then attack them,” says Daniel Suchý. The huge amount of 128 gigabit data that appeared on the 4chan discussion forum contained a lot of sensitive data, including tools used by the internal network to test security.

According to the available information, encrypted user passwords were also identified among the leaked data. Therefore, if you are a user of this platform, change your password as soon as possible and activate MFA. The motivations of hackers for such attacks vary. “Hackers are increasingly focusing on technology giants, sometimes to earn a living, other times to show their strength. In this case, it looks more like a show of force, or industrial espionage. In the meantime, hackers have warned that more data should be released. Other attacks can also come,” says Daniel Suchý.

According to the expert, people should generally take care to protect their privacy on the Internet. “When we enter our personal data on various platforms, we should keep in mind that they may one day get into the wrong hands, so we need to be extremely vigilant. Enter only the necessary data, use two-factor authentication and do not use the same password on multiple accounts “, added Daniel Suchý from Aliter Technologies. 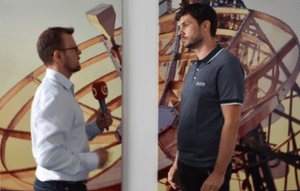 Using free time apps has become part of everyday life. What does it bring besides fun? Peter Kováč from Aliter Technologies will talk about the thr... 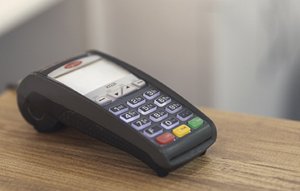 According to the latest Eurobarometer survey conducted in 2017, Slovaks are not very aware of the risk of theft or misuse of a payment card. Only 3... 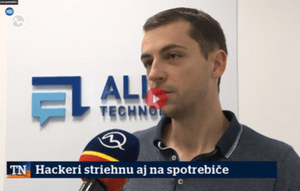 We all have smart devices at home. Do you know how to protect them from hacker attacks?