The virtual attack thrives during the pandemic

The global pandemic has accelerated the need for digitization in companies, the direct result of which is a growing number of hacker attacks.

The number of hacker attacks during the pandemic increased. The global number of incidents has increased by as much as 125 percent year-on-year, according to an Accenture report. A cyber attack can be defined as any intentional behavior or action of an attacker within cyberspace. It attacks people who use technology with the main purpose of harming them and gaining information. It can be a group attack, or an attack by a foreign power. Motivation is often different. For example, breaking the security of online systems, organizing events of various governments or obtaining information about criminal acts.

According to a cybersecurity expert, one of the reasons is a pandemic and the associated transfer of companies’ activities to the online environment. “The pandemic has revolutionized the transition of companies from the analogue world to the online environment. Companies that plan changes for months to years have been forced to make changes quickly, which brought errors. They are the ones who are being taken advantage of by hackers whose goal is primarily to enrich themselves,” explains Daniel Suchý, a cybersecurity expert at Aliter Technologies.

They attack companies and institutions

Currently, most cyber attacks are for profit. “It’s a myth that hackers are interested in ordinary people, on the contrary, in most cases they attack companies or institutions, taking advantage of either vulnerabilities in the system or, for example, insufficient security of employees who work from home. Hackers direct their efforts where they see the potential for profit,” says a cybersecurity expert. He adds that they often use the so-called extortion program for attacks. “We are particularly confronted with attacks when a hacker encrypts the company’s data and then demands a ransom for it, and if it fails, it tries to sell it on the black market”

The biggest ransomware attack in the world took place just this year, when hackers attacked the American IT company Kaseya and demanded a ransom of $ 70 million for decryption. The incident affected hundreds of companies around the world that used their application, for example, the Swedish supermarket chain Coop had to close 800 of its operations to cripple cash register systems.

Such attacks were also recorded in Slovakia in the past, when hackers attacked and encrypted computers in a hospital in Nitra. Preventing a cyber attack is not easy, companies but also institutions should anticipate, says Suchý. “We should not underestimate the threats, but protect ourselves preventively, there are many solutions that are significantly cheaper compared to repairing damage after hackers, and employee training and regular data backup are also important.”

Defense is not enough

The expert points out that it is important not only to effectively defend oneself, but to detect a possible attack at all. In addition to visible blocking, attackers also exploit sensitive data. According to the M-Trends 2021 report, it takes an average of 24 days to detect an attacker in the system, during which attackers collect large amounts of company data without the company even knowing it.

“The fact that the company has strict security measures does not mean that it will not be the target of an attack. It is important that such an attack can be detected, eliminated and then returned to a state similar to the one before the attack,” concludes Suchý. 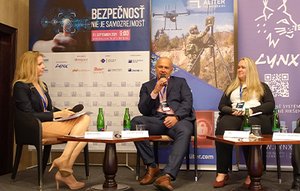 This year we also participated and were the exclusive partner of the conference on security. 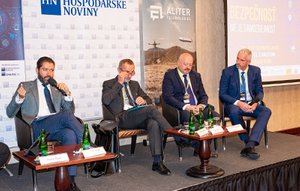 This year as well, we could not miss the Security s not a matter of course 2022 conference, of which we were an exclusive partner.

How to monitor what they are watching, what they are reading, who they are communicating with? One of the useful helpers for the protection and saf... 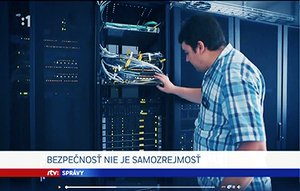