Nextech: Aliter Technologies has won a megatender for NATO

The IT company Aliter Technologies, which specializes in security, information and communication technologies (ICT), has entered into a contract for the supply of systems to support and operate the NATO Communications and Information Agency (NCIA) infrastructure.

The contract also includes services related to the commissioning of these technologies. The signing of the contract is another successful step of the Slovak-Canadian IT company, which has already delivered dozens of projects for NATO in the past. The value of the contract is at the level of 30 million euros with the option of further expansion.

NXT: First of all, congratulations. You have already delivered your solutions to NATO. What was their role?

Peter Dostál: Thank you. Yes, we have already delivered dozens of orders directly to this customer and others through subcontracting. Many contracts are classified or confidential and I cannot talk about them in detail or at all, but they are usually ICT systems or special systems. An example of ICT systems is the standard “on-site” ICT infrastructure, which is also used in government or larger commercial customers, taking into account the increased requirements for cyber security and NATO standards. Demands for cloud services are also appearing more and more frequently. Special systems are used in so-called field conditions and include, in particular, deployable or mobile ICT systems. A nice example that has been publicized recently is the NATO AGS system. Here, we supplied information and communication technologies, radio technology and cyber security elements to the ground segment of the system in the form of subcontracting.

NXT: What is the subject of this new contract?

Peter Dostál: Unfortunately, I can’t publish the subject, but from the previous answer, the reader can get a picture of the subject of this customer’s orders. If NCIA decides to disclose some information about this contract, we may share it with readers.

NXT: Can you compare this project with the previous ones in terms of volume or complexity?

Peter Dostál: What sets this contract apart from others for us is, above all, its size. We have been accustomed to contracts in the order of millions, but winning a contract worth 30 million euros without VAT and with the possibility of extension in the form of an option is a huge honor for us and makes us happy. We have experience from the past, where this customer exercised our option up to 200% of the original value, which are numbers that are unprecedented in our sector and region.

NXT: What other countries competed in this tender?

Peter Dostál: I admit that I don’t know exactly, but we usually meet in these big competitions with multinational companies from the security and defense technology sector, such as Thales, Leonardo, BAE Systems, Airbus, General Dynamics, or with multinational IT companies such as IBM and ATOS.

NXT: What do you think most contributed to the fact that Aliter Technologies won?

Peter Dostál: In this particular competition, it was a prize. Of course, only established and verified suppliers with NATO inspections compete, who submit a bid as required and meet the qualification criteria of a specific contract, such as experts and references, but it was subsequently decided by the price. This is not always the case. We have experience with contracts where up to 50% or 60% of the evaluation represents a qualitative assessment of the solution and the rest is the price. We had offers that have been worked on by dozens of our best specialists for almost a year and have more than 6,000 pages of their own text.

NXT: What are the current trends in cybersecurity in the military? Does NCIA record an increase in the intensity and also sophistication of cyber attacks on military targets over time?

Peter Dostál: NATO approved its first cyber defense policy in January 2008. In July 2016, the Allies reaffirmed NATO’s defense mandate and recognized cyberspace as an area of ​​operations in which NATO must defend itself as effectively as in the air, on the ground or on the sea. Also in response to the growing intensity and sophistication of cyber attacks in February 2019, the Allies approved a NATO guideline that sets out a number of tools to further strengthen NATO’s ability to respond to major malicious computer activities.

NXT: Thanks for the interview.

“The NATO Communications and Information Agency (NCIA) is NATO’s technology and cyber hub. The agency provides C4ISR technologies (command, control, communications and computers, intelligence, surveillance and reconnaissance), including cyber and missile defense. NCIA acquires, deploys and protects communication systems for NATO’s political leadership and commanders. It is at the forefront of cyber-attacks and works closely with governments and industry to prevent future attacks. “

Aliter Technologies is a technology company that develops IT and communication systems for power departments, multinational suppliers of military and aeronautical equipment and international organizations. It is a supplier to NATO and other international organizations, ministries of defense and home affairs, and large multinationals in the defense and security industries. 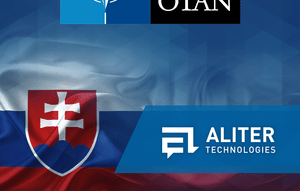 The company Aliter Technologies has been successful over the multinational competition and has won a tender to deliver state-of-the-art information... 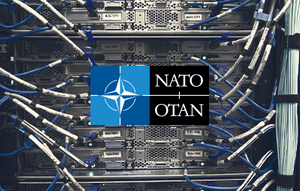 March 15, 2021
Slovak IT company successful in the megatender for...

Aliter Technologies will supply technological solutions for NCIA worth €30M. 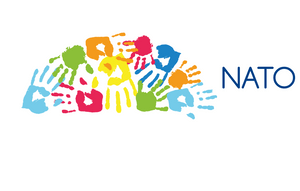 Doing good deeds is close to our company, therefore Aliter Technologies did not miss the opportunity to support annual NATO Charity Bazaar. 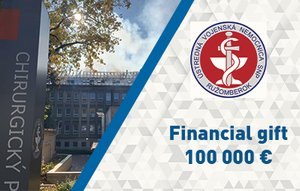 Aliter Technologies has repeatedly proven that it can lend a helping hand when and where they need it most. Company provided a financial donation o...