Special Systems division of AT launched a unique campaign

Aliter Technologies company decided to strengthen its awareness in connection to the 10th anniversary of the establishment with the unique campaign of the Special systems division, targeted not only on the professionals, but also general public.

Since the products and solutions of the division are tightly connected with the defence, security and crisis management, company determined the main motif of the campaign to be a soldier.

Campaign had been launched in the beginning of the May in Slovak Republic, as well as in neighboring Czech Republic – in Prague and Brno. Within Slovakia, Aliter Technologies presented its billboards in 7 cities, in the concrete in Bratislava, Trenčín, Zvolen, Banská Bystrica, Žilina, Nitra and Prešov. Not only billboards and bigboards had been enwrapped into the striking visual by Aliter Technologies, but also digital LED screens, Facebook Ads and Google Ads. Besides that a remarkable video, which can be found on the You Tube channel of the company, had been created.

You can check a backstage video in our YouTube channel.

Aliter Technologies was present this year at the IDEB 2022 Defense Technology Fair in Incheba Expo Arena.

During the 15th -16th June the 6th Conference of the Army of the Czech Republic in Lipník nad Bečvou was taking place. 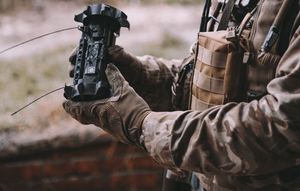 The British Army invited leading industrial partners in Robotic and Autonomous Systems (RAS) to provide their test equipment directly to British so... 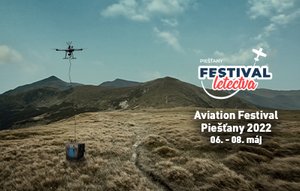 May 9, 2022
At the Aviation Festival in Piešťany

From 6 to 8 May 2022, the Aviation Festival took place at Piešťany Airport.